Here are some sketches I make with different lead and coloured pencils in the evenings, when I just sit and play with ideas and see where they lead – if anywhere.  Just ‘muckin’abart’ really!

At first, when I started painting again, I was just re-familiarising myself with some media

Later, I tried timing myself to see what happened if I didn’t get stuck in detail 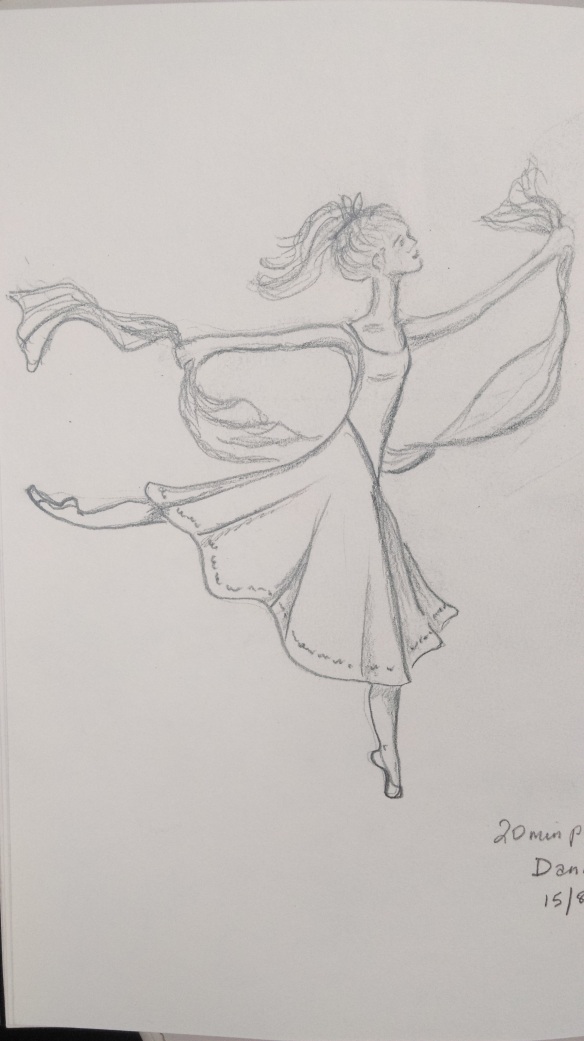 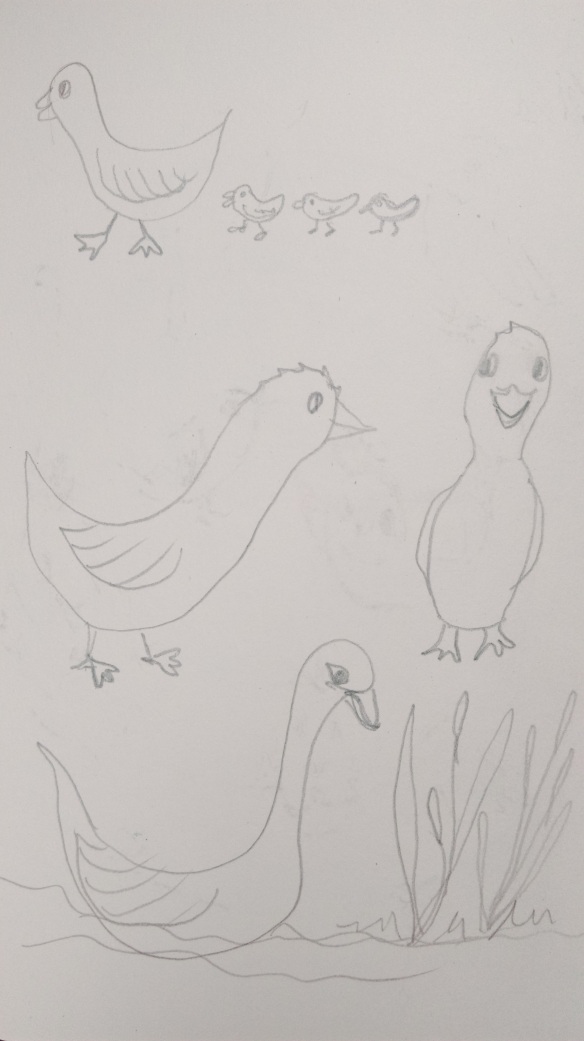 Someone else inspired me to play with modern day flower fairies….. the circled bits indicate I like that idea and want to take it further…….

I really like this one, the one that I’ve coloured – but she hasn’t gone any further yet: 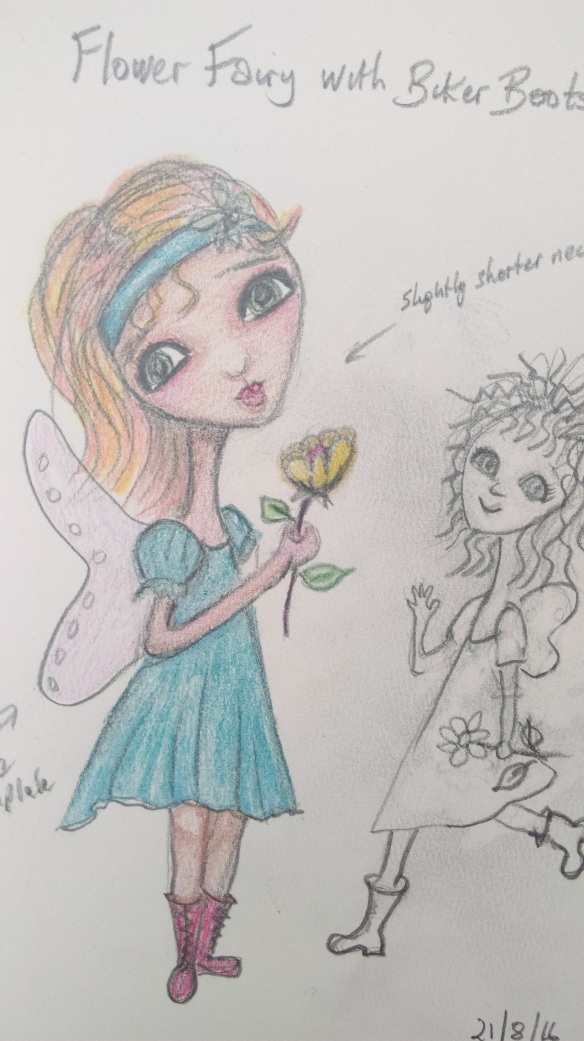 The first one made it onto an art journal page

While the page was a bit of a wash out  – hence the lake and swans appearing – the fairy herself is great fun.  I like a fairy with attitude! 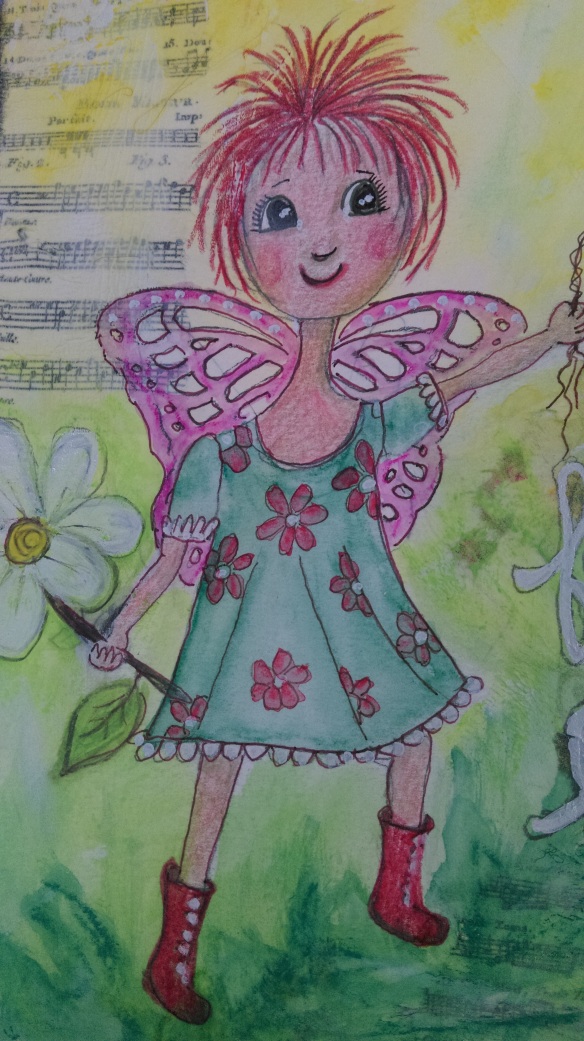 It’s coming along.  I’ve got several art journal pages to show you next time – I feel like I’m getting near ready to start work on canvas again…….