Here is a recent entry in my art journal – this one took about four days of work to get to ‘finished!’ status.  The main problem was that in my enthusiasm to get started I forgot to gesso the pages so was working on raw water colour paper.  It was inspired by a double whammy, picking up a verse I know well and seeing an artist at her work on You Tube.

Do you agree with me that the big-eyed girl is a bit of a worry?  I had seen videos on You Tube from an artist named Megan Saurez and am quite fascinated with her style – I have always tended to big eyes in my work, partly because I think the eyes are the window to the soul and are the most important part of the face – Megan takes it a step further and paints delightfully impish faces and I wondered what would happen if I made my eyes even bigger ………  I don’t have her talent or technique to make it work though – suffice to say I won’t go quite that big again…………

I’ve had the verse in my possession since sometime in the mid 80’s.  An older student gave it to me, thinking I would like it.  She was right!.  I’ve since used it several times when working with middle teens and even some adults.  I just found out the author’s name via Mr Google – don’t you love the internet!!  I couldn’t find out anything else however, just his name, Joe Miller, and the fact that he wrote this piece in a little book which got slated for being neither scientific or spiritual, just a woolly mix of both. Which says more about the reviewer than the work in my opinion.

It speaks strongly to young teens who are beginning to stand firmly in their ‘scientific facts’ and yet still have their hearts touched by something a little more intangible, resting in the realm of feeling.

Personally I think everyone should come in contact with this verse at some time in their lives.  And think about it.

Thanks to the kindly input of Derrick Knight after my last post, the issue with the biggifying feature has been resolved.  You can click twice to get a really good look at my appalling penmanship!

Here’s the text only: 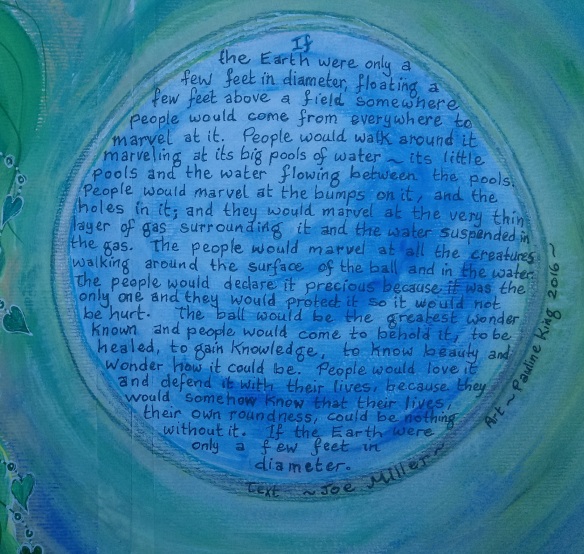 And here’s a close-up of the face.  I like the hair – on the actual double page spread it looks like fields and hedgerows and forests……. 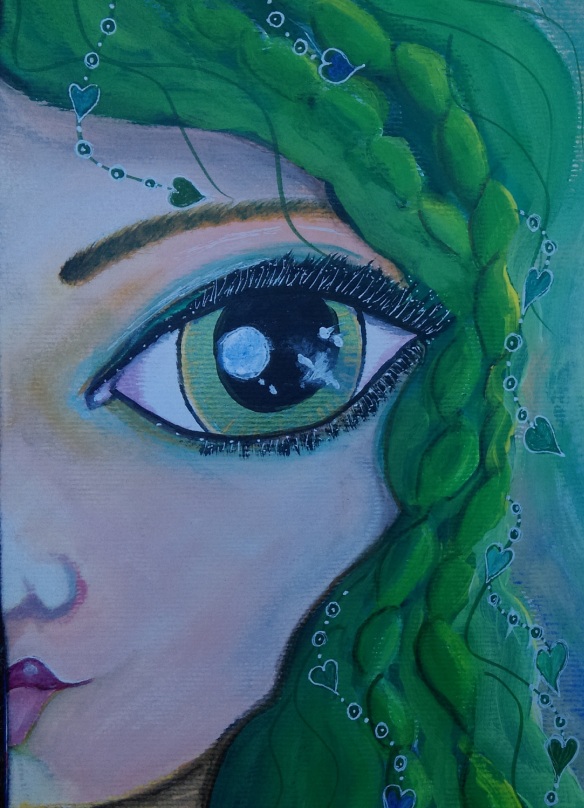 72 thoughts on “If the Earth Were Only”