Well, I’ve managed to let another twenty odd days slip by without a post.  So much for good intentions! 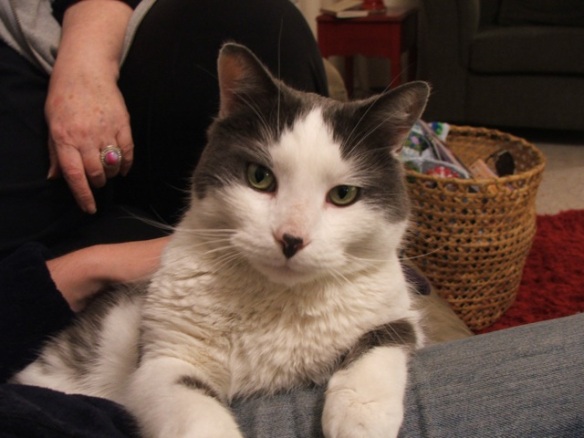 No longer the beautiful chap pictured above just 18 months ago, time had taken it’s toll quickly as it does with our pets.  In such a short time Stan became aged and worn out and emaciated – it was time to let him go.  It was a hard decision for YD to make and I am so proud of her that she was able to hold him and tend him in his final moments.

Two days later I celebrated my birthday with a five day pyjama party with my daughters.  We don’t often get to spend time altogether, just us and this five day hiatus seems to have become an annual event.  I love it!

Every winter I go through the same old routine of wishing for something I don’t have.  It’s all got to do with independence and stability and even while I know what causes it, it is difficult and challenging to endure the dissatisfaction that rises up with the results of the choices I have made in my life.   While in the throes of these unresolved emotions from the past I forget that I am taken care of and have a perfectly habitable home to live in and that I am loved and cared for far more than I have any right to expect.

Then September arrives and the fog lifts as mysteriously as it arrives.  When I was young I used to struggle with depression over this time, now I just get somewhat vaguely dissatisfied with what is.  It dissipates really quickly.  My birthday marks the return of contentment and I can settle into another nine months of perfect happiness.  Isn’t life strange!

Any how, once we get to September the urge to nest where I am becomes strong again and I usually have a big move around and clean up and refocus.

Yes, that is the rear end of Siddy lying in his new favourite position where he can keep an eye on the street and growl softly at all passers by.  Orlando’s cushion is unoccupied as he is currently sitting in the tiny courtyard garden getting some vitamin D. 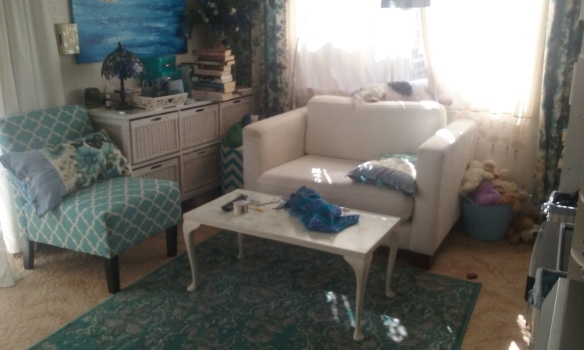 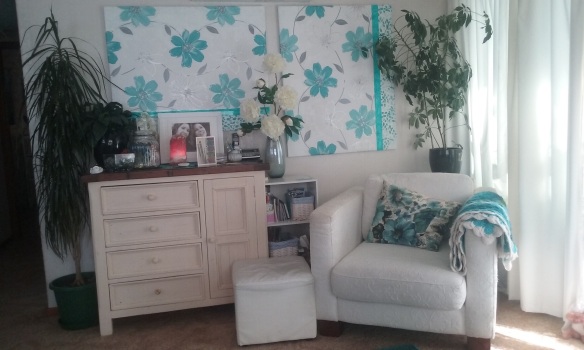 I painted the edges of some old unsuccessful canvases, pasted a panel of wallpaper down the centre of them and collaged cut out parts of the wallpaper to one side.  The other side is taped with some fancy tape and stippled randomly with a  leaf template and some matching paint.  It’s quite effective and hides to a great degree the tired interior of this rented flat.

Orlando, who thought the canvas was a splendid new seat, has left his mark permanently beneath one hanging…….   After this photo was taken the cat was evicted and another thick coat of white paint was applied and left to dry …………… 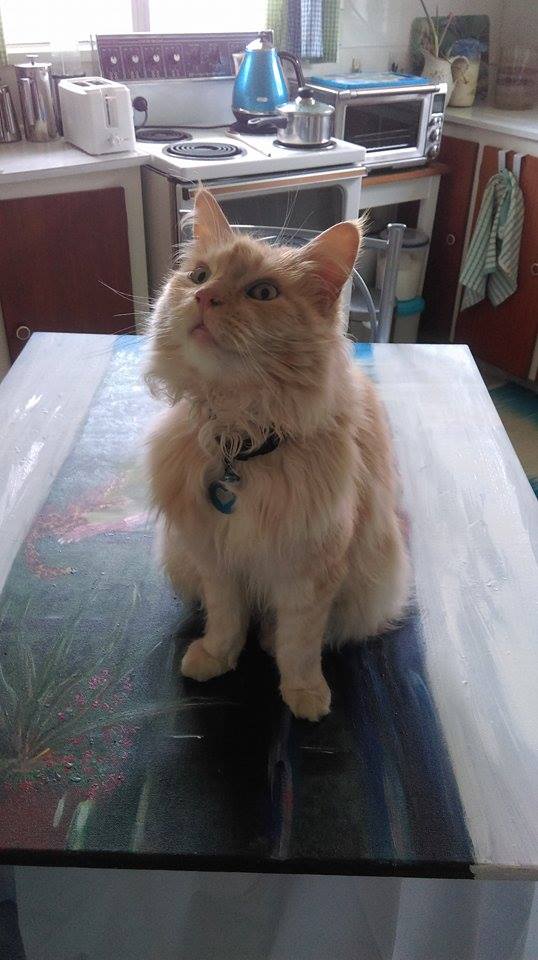 I returned some time later to find this 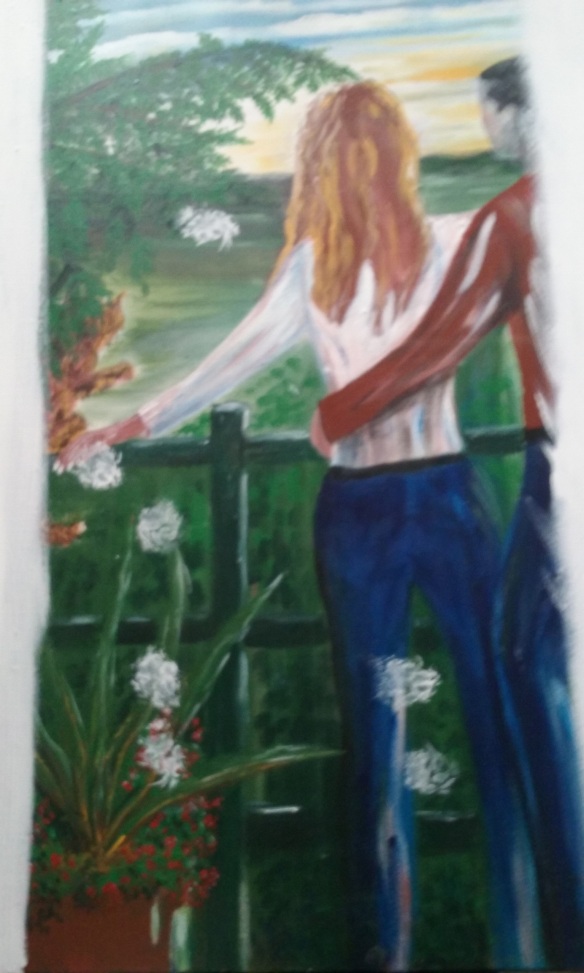 ………….. footprints marked his progress over the canvas and the kitchen counter tops and the cooker top and the window sill …………….

So as you can see I have not been entirely idle – it does want to be Spring after all, even though old Father Winter keeps doubling back for a last roar.  I’ve started planting my flower garden at the front door.

For those of you who know us well, you know we live in a tiny house with an even tinier out-door space.   Last year the tiny courtyard garden had all the press – the even tinier front door garden has never existed before and this is the start of it

As you can see there is not a drop of soil to be seen so everything will be growing in tubs, planters and pots.  Most of what is laid out here ready for planting comes from the local garden centre including the planted up and ‘trellised’ jasmine.  I love jasmine – I think you can never have enough of the beautifully scented stuff.  I am proud to say the ‘trellis’ is entirely the result of my ingenuity fiddling about with a $10 assortment of plasticised tomato stakes.  Hopefully it will stay stable as the Jasmine winds her way up it!

Yesterday the temperature was 21 C we went for our morning walk and Siddy checked out the daffodils that now cover the bank between the park and the petanque club.

And I’m so thrilled  – I’ve had some orders for light catchers.  The next few days are going to be focused on bead creations.