Hello friends!  We are home, settled back into normal life and Siddy has pretty much slept for the past few days.  He wakes up with me for first breakfast, followed soon after by morning walk and second breakfast.  He snoozes until it’s time for elevenses.  He takes a wee nap until time for twoses rolls around, which is followed by another little snooze  until first dinner.  A short game of fetch follows second dinner and then he takes himself off to bed for the night.

You may well ask why is this busy little pup so very tired?  Well, you all know we went on holiday yes?  The previous twelve posts have all dealt with this momentous event in some form or other – Gosh, I hope you aren’t bored with all this just yet……  for right now it’s Siddy’s turn to share his adventures.

Because yes, of course, Siddy came on holiday too! 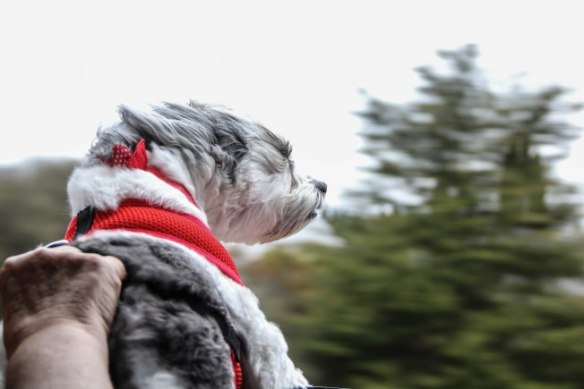 Every day there was greeting and companioning duty to be done 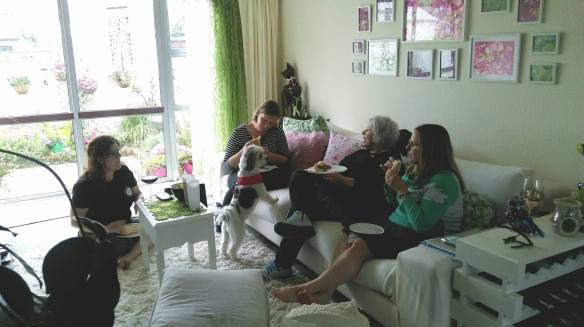 And breakfasts to be had.  Here he is offering assistance to Kelly with her breakfast 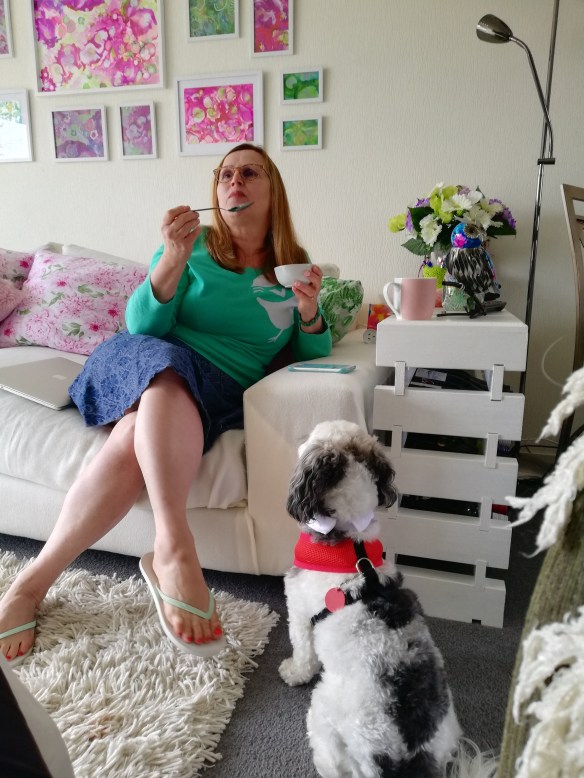 He rode in the car – a lot!   Here he is tapping on the window because, don’t you know,  tapping makes the window roll down 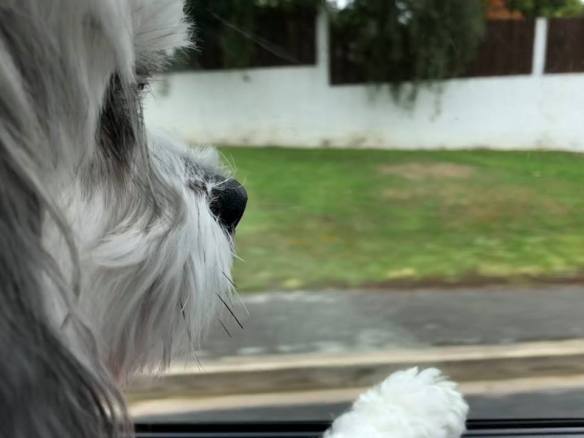 He had lunch at a pub in Alexandra 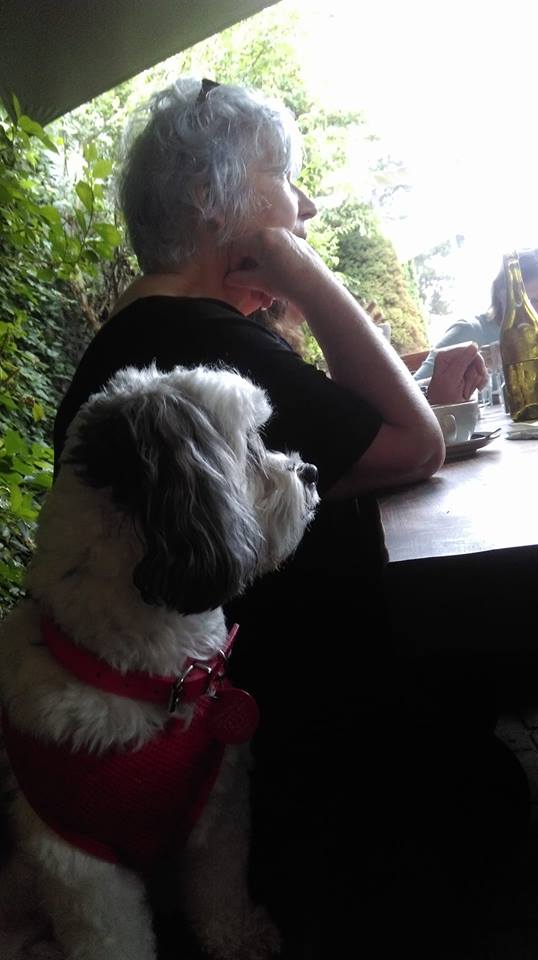 Helped Steven with barbecuing the evening feast at the holiday house

Siddy loved the holiday house.  It had many doors and a garden that wrapped right around the house.  He could often be seen trotting out one door, trotting through the garden, past windows and other doors until he chose which door to enter back in by to greet everyone again.   It was such fun!! 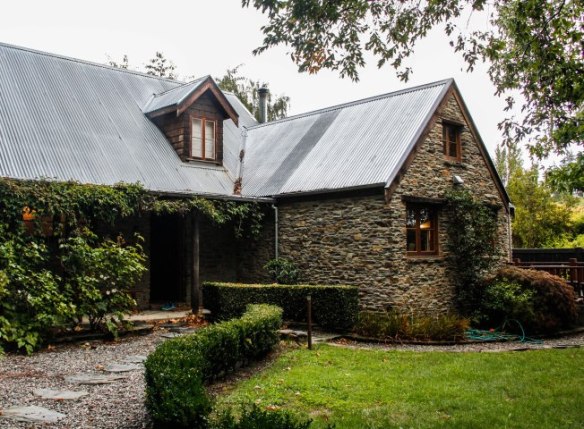 He went out almost daily for coffee, but preferred to wait for the snacks to come 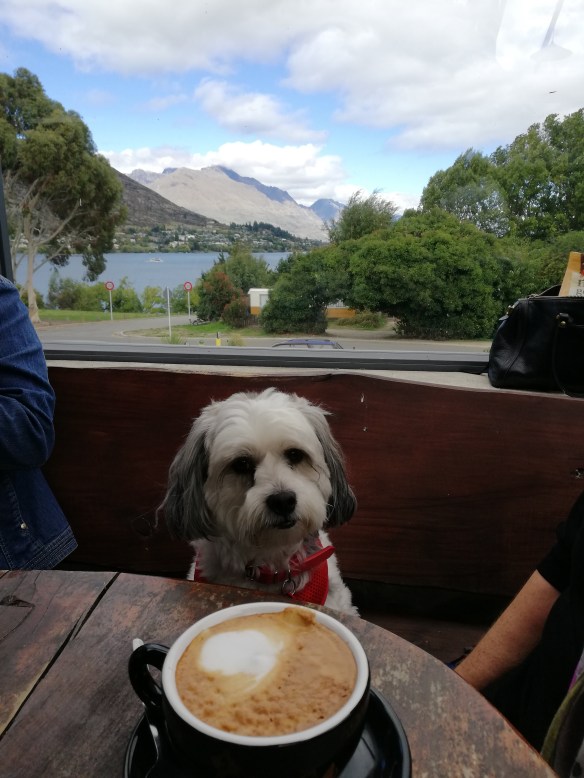 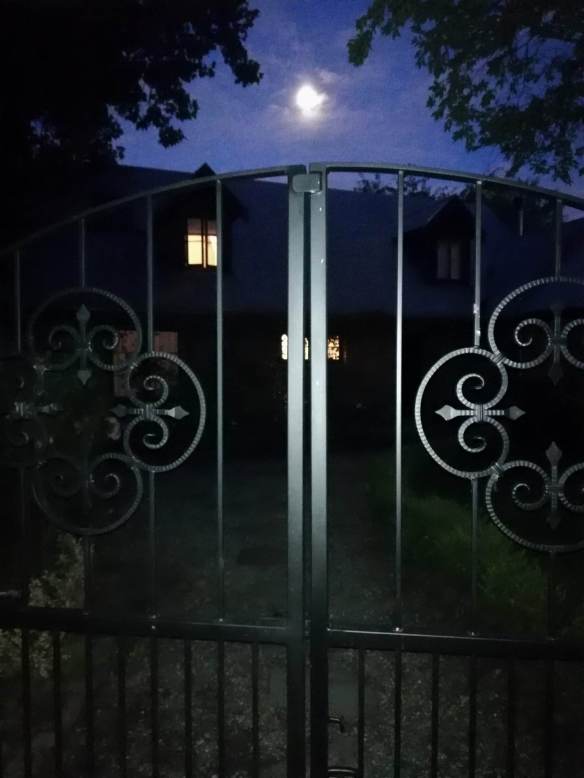 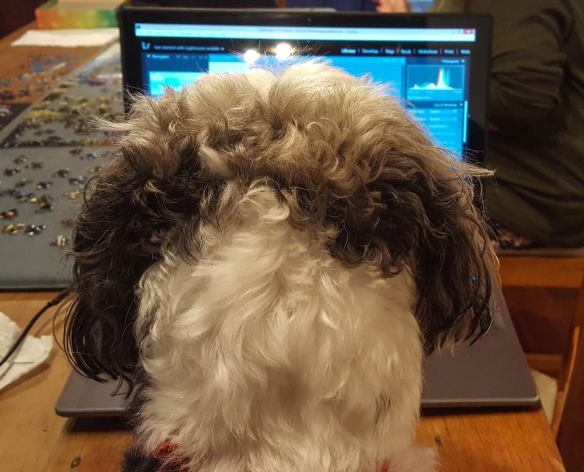 He lunched at Speights Ale House, where he patiently waited for the food to come and his good manners were remarked upon by other diners 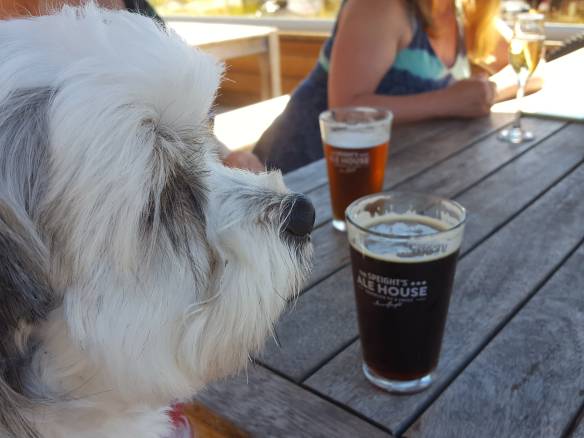 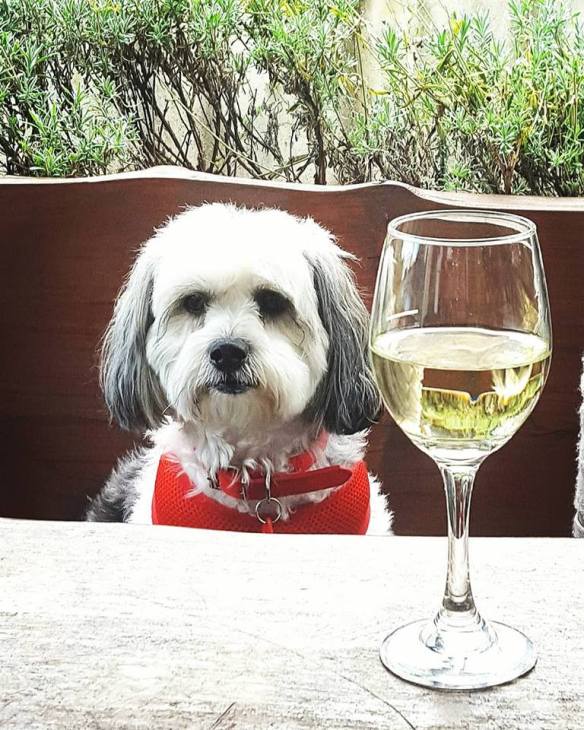 He companioned everybody in turn.  Here he is with Laurie, keeping her out of trouble 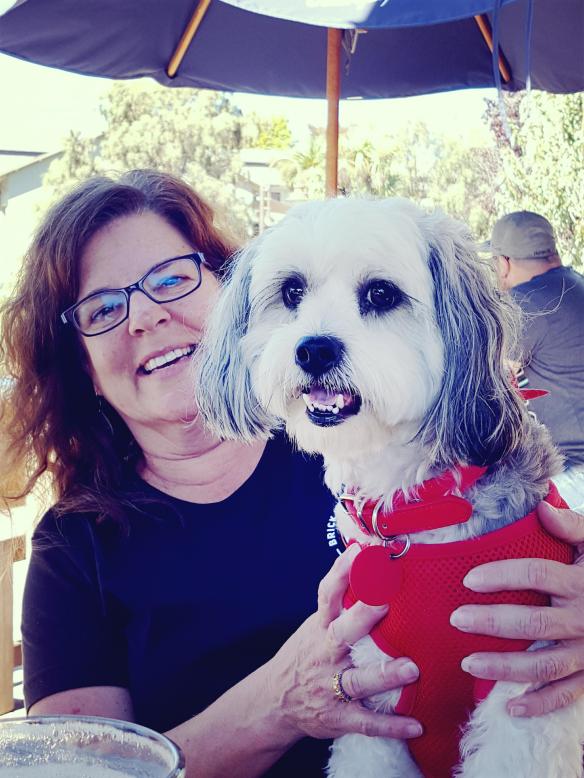 And he rode in the car every day.  This is the best part of car riding, wind and smells and the joy of speed……..

He’s one worn out little pup – but he sure did have a great holiday with all his family and new friends, he didn’t want to say ‘Goodbye’ 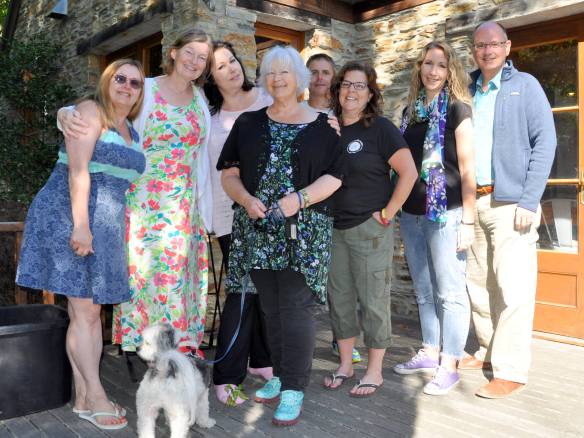 But he did, so it’s goodnight to all,  and thanks for the great memories ❤ 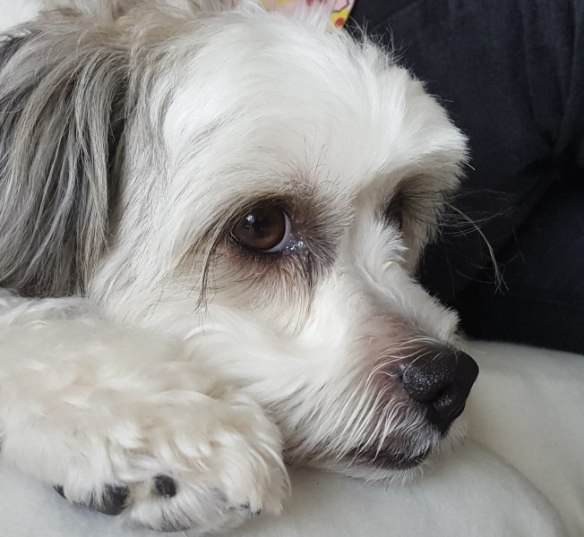 *There’s one more Blogging Reunion post to come from me and then it is back to the art room.

** Photos are courtesy of the holiday makers whose cameras were constantly clicking away when mine wasn’t.  Thanks darlings!

81 thoughts on “Siddy Goes On Holiday”