I’ve been drawing mandalas for many, many years. Once it was a tool that helped focus me and bring me into a quiet and meditative space. Another time mandalas became a way of connecting with and working through my feelings in a troubled time. I kept a book filled with my intricate drawings for years until I felt it was time to let them go as I moved on with life. I thought my time with mandalas was done – I turned instead to doily making, a kind of crochet version of a mandala if you freestyle it and work with form and colour as your heart dictates. A thoroughly satisfying and restful occupation, mainly done during long winter evenings and eventually ending up, not with a book, but a blanket – a more cuddly and useful product formed from many hours of quiet contemplation.

And then recently I fell somehow into the idea of painting little dream catchers – a version filled with doodles and shapes of a repetitive nature emulating the work of a mandala.  Here are some I’ve been working on.  They are not quite finished yet……. 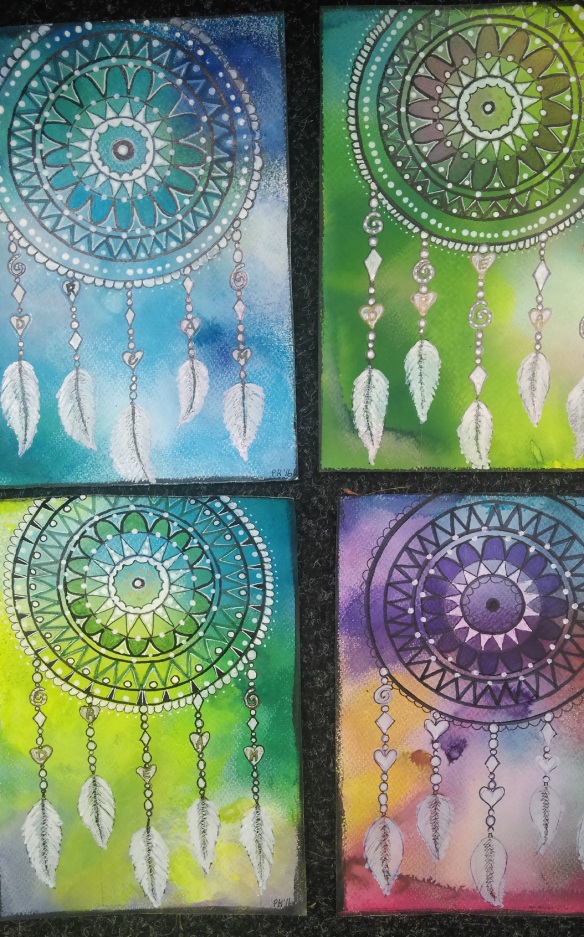 Then my journal page got a workout with this 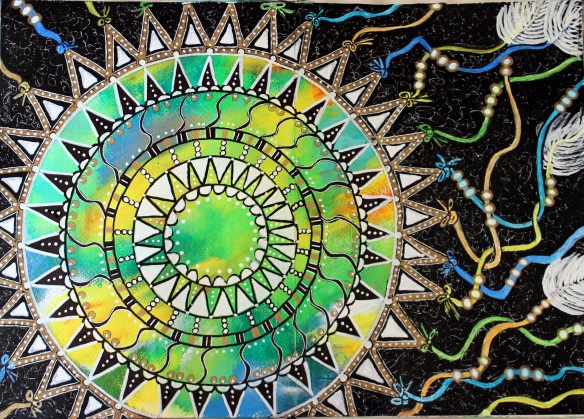 The process, if you are interested, was to lay down a mixture of colours over the entire double page spread.  You see them now just as the background of the mandala.  Then I used a circle template to pencil in three circles, the rest is done freehand.  The mandala grew from the centre outwards, with lines and doodles and black, white and gold pens.  When the sixth ring was completed the remaining page was painted black.  When the black paint was dry I continued drawing and doodling the pointy outer shapes and finally the ribbons and feathers – at which point I realised my mandala had become a dream catcher.  I felt the black was too heavy so finally I made lots of squiggly marks all over using a white gel pen.

And here are some details of the piece – 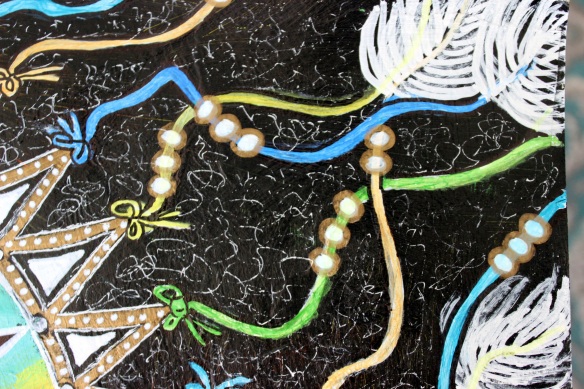 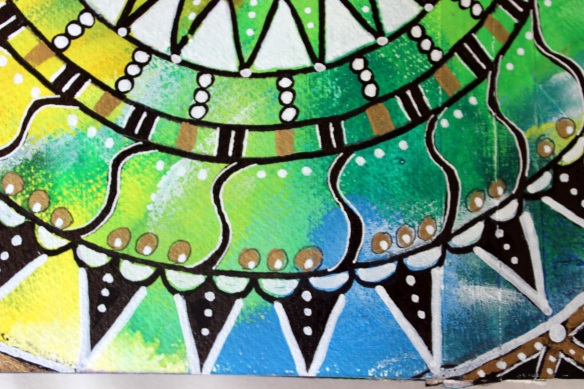 So, even though it’s not quite a mandala and not quite a dream catcher, it was a lot of fun to make!  And it might make nice prints – what do you think?

Finally, for his fans – here is Siddy this morning.  Patiently waiting for Orlando to wake up and accept the toy that is being offered so they can play. 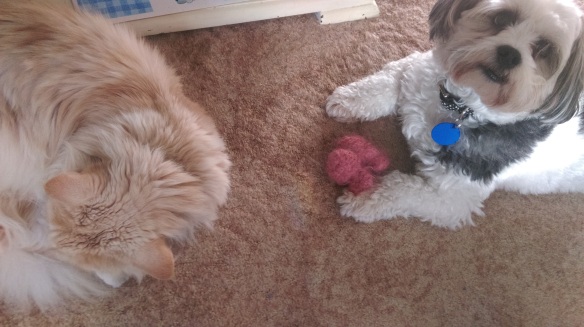 98 thoughts on “Mandalas and Dream Catchers”